Laravel 8 and Laravel 9 are supported. It feels like this section needs more than one sentence but it really doesn't. That first one said all that needs saying.

Shopper is really easy to install. After creating your new app or in an existing Laravel app (8+). There are 2 steps to follow to install Shopper.

Next make sure to create a new database and add your database credentials to your .env file, you will also want to add your application URL in the APP_URL variable

After installing Shopper in your project via compose and configuring the database, now we will automatically install in the project.

This will install shopper, publish vendor files, create shopper and storage symlinks if they don't exist in the public folder, run migrations and seeders classes.

And we're all good to go!

Now we can create a new superuser and sign into the Dashboard and start creating some content to display on the frontend.

Run the following command to create a user with supreme (at the moment of creation) rights:

And you will be prompted for the user email, firstname, lastname and password. You can now login to start create products 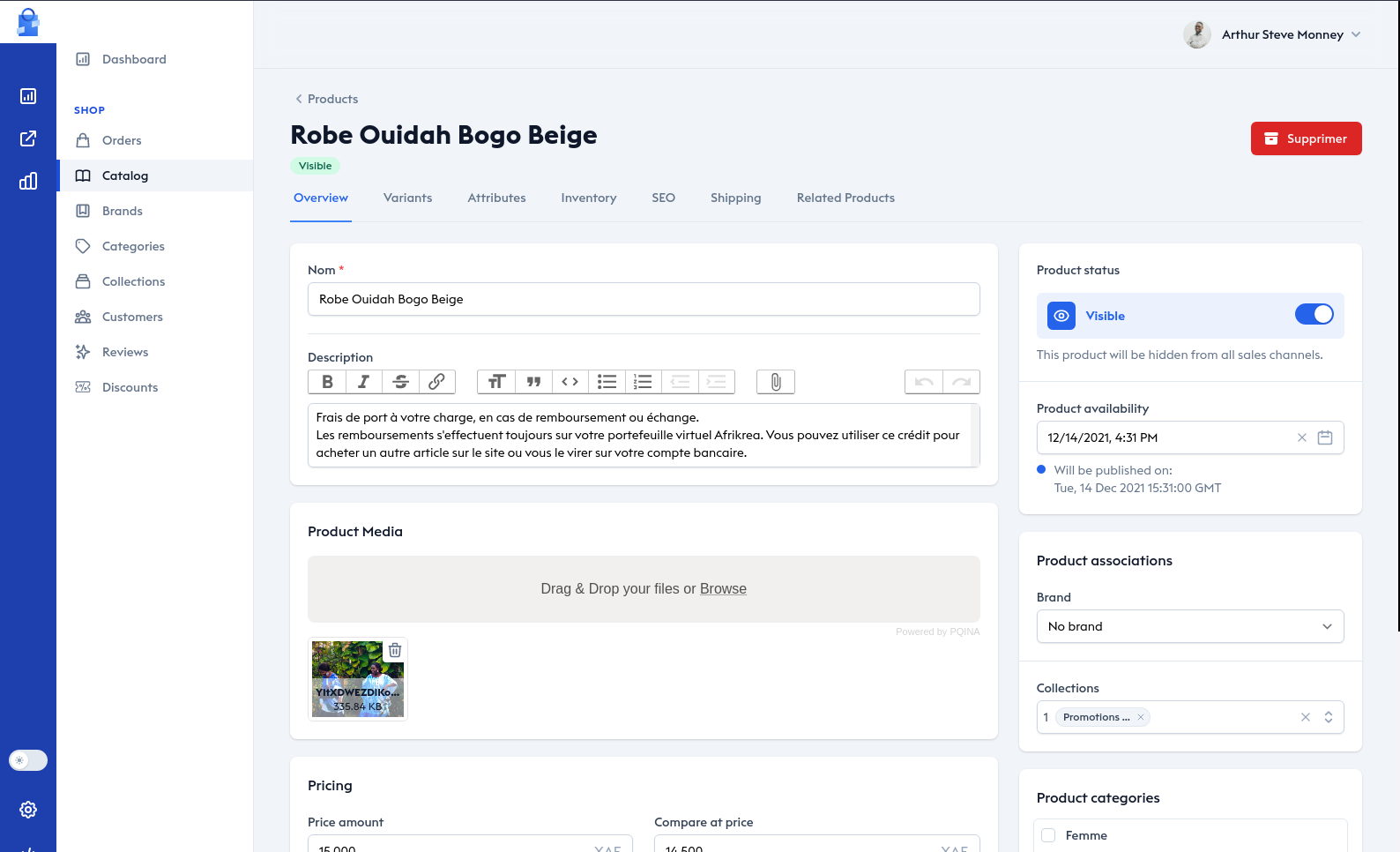 After Shopper is installed, you'll have 1 new directory in your project:

If you want to publish again Shopper's vendor files run these commands:

To run the project you may use the built-in server: php artisan serve

After that, run composer dump-autoload to finish your installation!

If your are using Laravel Valet you can easily access with your project name with .test at the end when you navigate on you project.

Edit this page on GitHub

Proudly made in by Arthur Monney